For years, the strategy PrusaSlicer used when generating perimeters was to offset the contour of the object with an extrusion line of constant width. This caused issues in various cases, especially when printing thin walls, text, or logos. The developers of Cura implemented a new strategy named Arachne based on the paper . We ported the feature from Cura. We want to express our thanks to the Ultimaker Cura team led by Jaime van Kessel, for implementing this feature and for keeping Cura open-source.

The new approach produces nicer-looking prints with fewer artifacts. There is a significant reduction in gap fill, small extrusions used to fill gaps between perimeters, which also results in a reduction of print time.

One field where the Arachne perimeter generator really shows its power is when printing texts or small logos. Drawing fonts with constant line width is obviously quite difficult. The new perimeter generator doesn’t have this limitation and produces much cleaner texts even at a smaller scale. 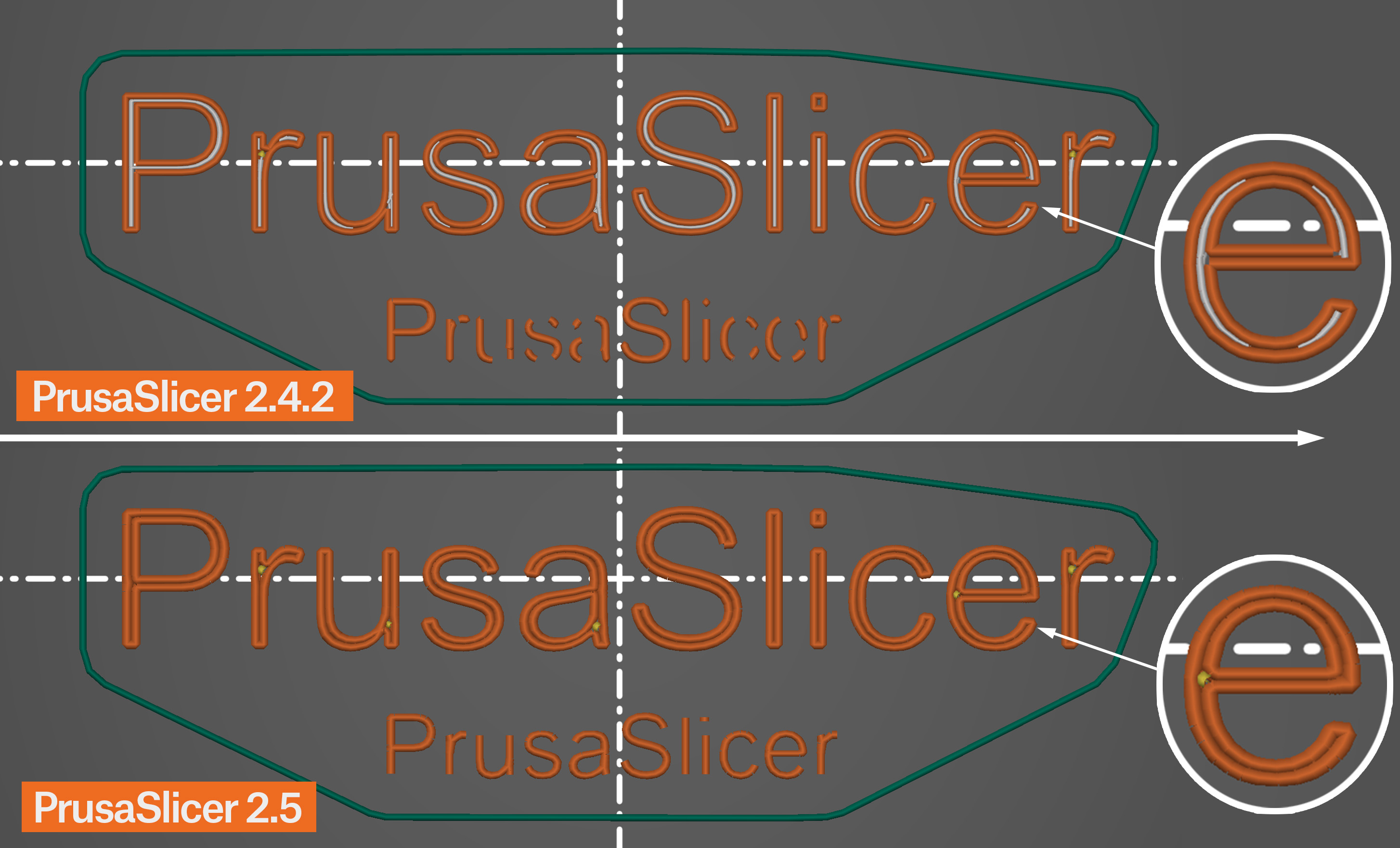 The Detect Thin walls feature is disabled when the Arachne perimeter generator is selected as it’s not needed since Arachne always tries to adapt the extrusion width to thin lines.

Minimum thickness of thin features, expressed in millimeters or as a percentage of the nozzle diameter.

Features thinner than this value will not be printed.

Width of a perimeter that will replace thin features defined by the Minimum feature size.

When transitioning between a different number of perimeters as the part becomes thinner, a certain amount of space is allocated to split or join the perimeter segments. This value defines the length of this transition area.

An angle at which a transition between even and odd number of perimeters should happen. A wedge shape with an angle greater than this value will not have transitions and no perimeters will be printed in the center to fill the remaining space. Lowering this value reduces the number and length of these center perimeters but may leave gaps or overextrude.

This value is used to prevent transitioning back and forth between one extra perimeter and one fewer. It is expressed in millimeters or as a percentage of the nozzle diameter.